Fantastic 9-2 victory to the U14 Girls Football Team

Congratulations to the U14 Girls Football Team who won 9-2 against Our Lady Queen of Peace, Skelmersdale. 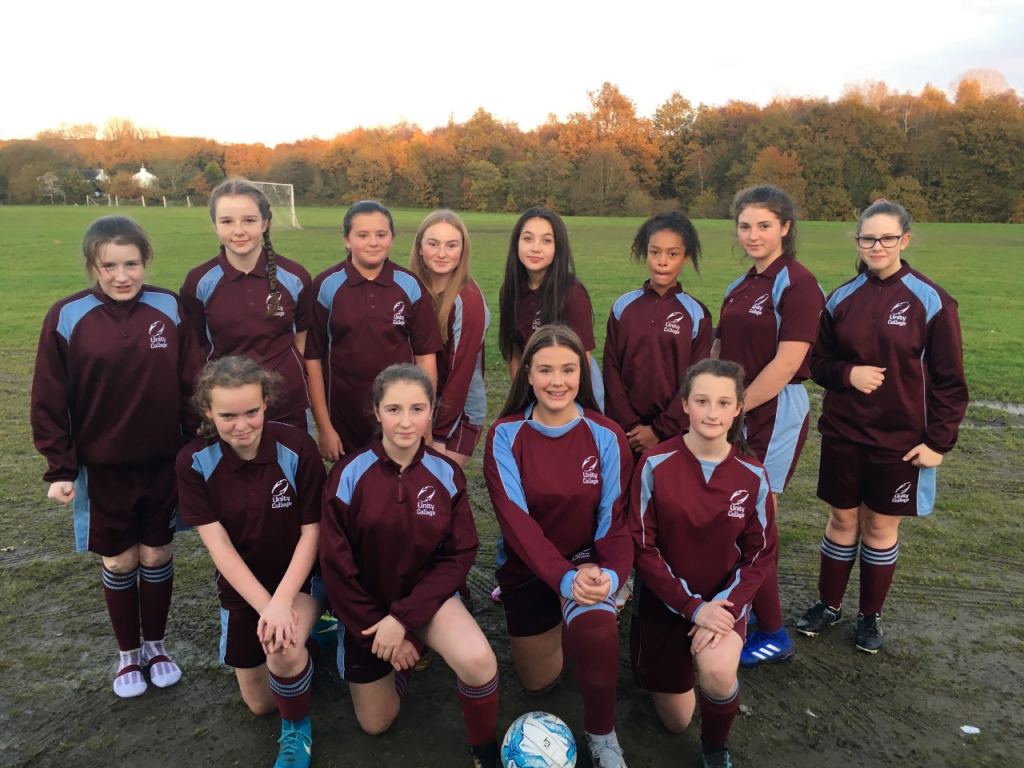 First Round of the U14s Girls Football Lancashire Cup

We started off the match by our Captain Emily Sunter winning kick off. Within the first couple of minutes, Megan Rodriguez scored her first goal followed by Charlie Astin scoring the second goal 10 minutes later. Poppy O’Brien made it 3 goals by placing the ball in the bottom corner. After changing from defence to midfield Madison Larnach made it 4-0. Poppy O’Brien scored her second goal making it 5–0. Megan Rodriguez made it 6-0 to finish off the first half. Our defence played a vital role in the 1st half and managed to keep a clean sheet. These players where Keira Grennan, Jayde Williams-Bennett, Olivia Ainsworth-McCoskery and Frankie-Leigh Forest.

In the first few minutes of the second half Megan Rodriguez scored her third goal making it 7-0. Ella Anderson was playing some brilliant through balls and setting up a lot of chances for the strikers. With a simple goal by our Captain Emily Sunter the score was then 8-0. Our last goal was Megan Rodriguez to make it 9-0. Our Lady Queen of Peace then scored 2 goals to make it 9-2. All players contributed to the win with Jaden Hutchinson taking on an on-pitch lead to ensure tactics where implemented successfully throughout the game.

A huge well done to all the girls involved. The next game is on the horizon, keep an eye out for our match report.