September 20, 2019 by Alison Whitlock Comments Off on Chicago! 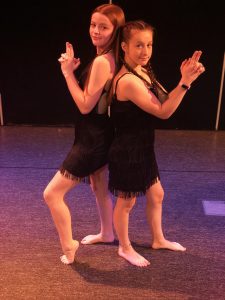 Chicago features songs by John Kander and Fred Ebb. This landmark show has been presented on Broadway for over 6,300 performances since it opened in 1996, and won six Tony awards, including Best Revival of a Musical. The original production, directed and choreographed by the legendary Bob Fosse, opened in June of 1975 and was nominated for nine Tony awards.

Chicago is based on a play by Maurine Dallas Watkins, written in 1926. It tells the story of Roxie Hart, who shoots her lover and finds herself paying the price for it on Murderer’s Row in the Cook County Jail. Her loveable but naive, husband pays for smooth-talking attorney, Billy Flynn, to represent her. He agrees to take on Roxie’s case and creates a story for the Chicago press to help “shoot” Roxie to fame. Velma Kelly, famous performer is Roxie’s rival in the media and the two become sworn enemies. Through the songs and dances in the show, the audience are catapulted back into the corruption and style of 1920s Chicago.

The amazing cast is made up of a talented group of students from Unity College who have already put in a number of weeks of rehearsals to produce a show that is going to be a real show stopper.

Chicago runs 29-30 November 2019. Tickets priced at £6 are available online at www.ticketsource.co.uk/theauditorium or by emailing boxoffice@unity.lancs.sch.uk All performances will take place at The Auditorium, Unity College, Towneley Holmes.