June 21, 2019 by Lewis Slater Comments Off on Maths In Motion

Over the last year we have been taking part in an after-school activity called Maths in Motion. We had to combine mathematics and strategy to make a virtual car that would successfully get around a race track. We battled our way through the qualifying heats to make it to the World Finals. Around the world there were 26 teams competing from as far away as Australia. During the day of the finals we measured, calculated, tested, adjusted, fuelled and argued to produce our very own top-notch car. We then waited with anticipation and doubt to see where we would come in the final race.

As the race began, we were second to last and our position was 25 out of 26. We then excitedly watched as the race begin and witnessed car after car crash, fail and burn. Our car fought its way through and we watched enthusiastically as we passed other schools and pushed our way forwards to reach our final position. Our hard work had paid off and after a long day’s work we managed to move up 11 places and reach our final position of 14th place. We feel proud of our achievements and enjoyed representing Unity College at this year’s Maths in Motion world finals. 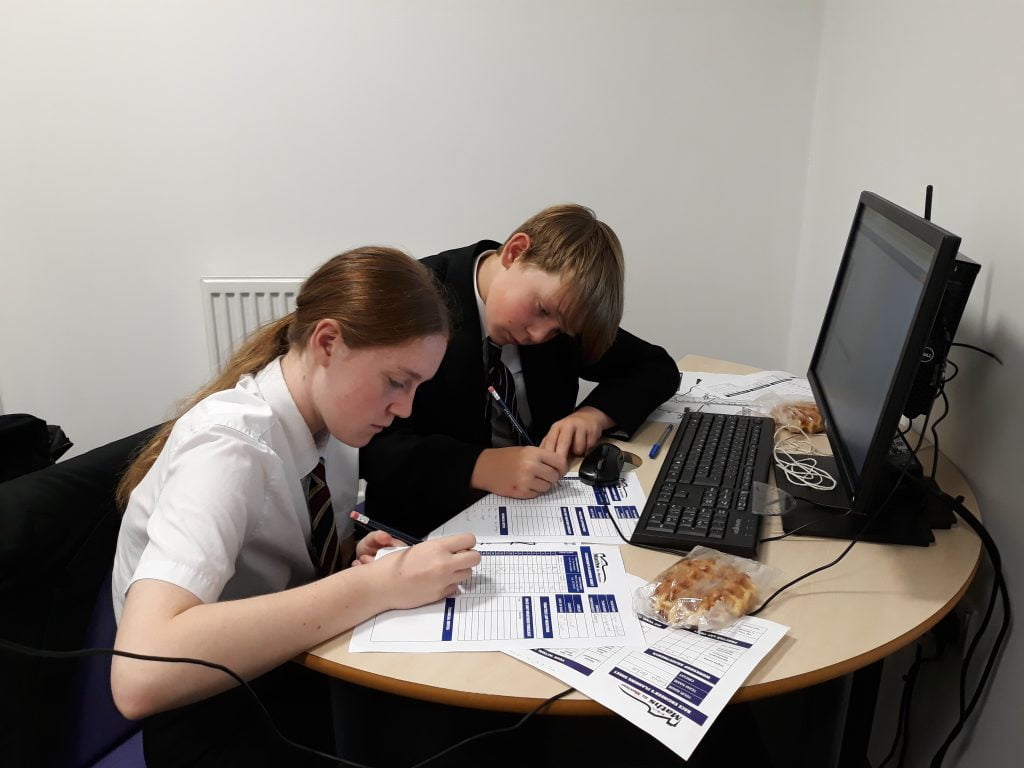 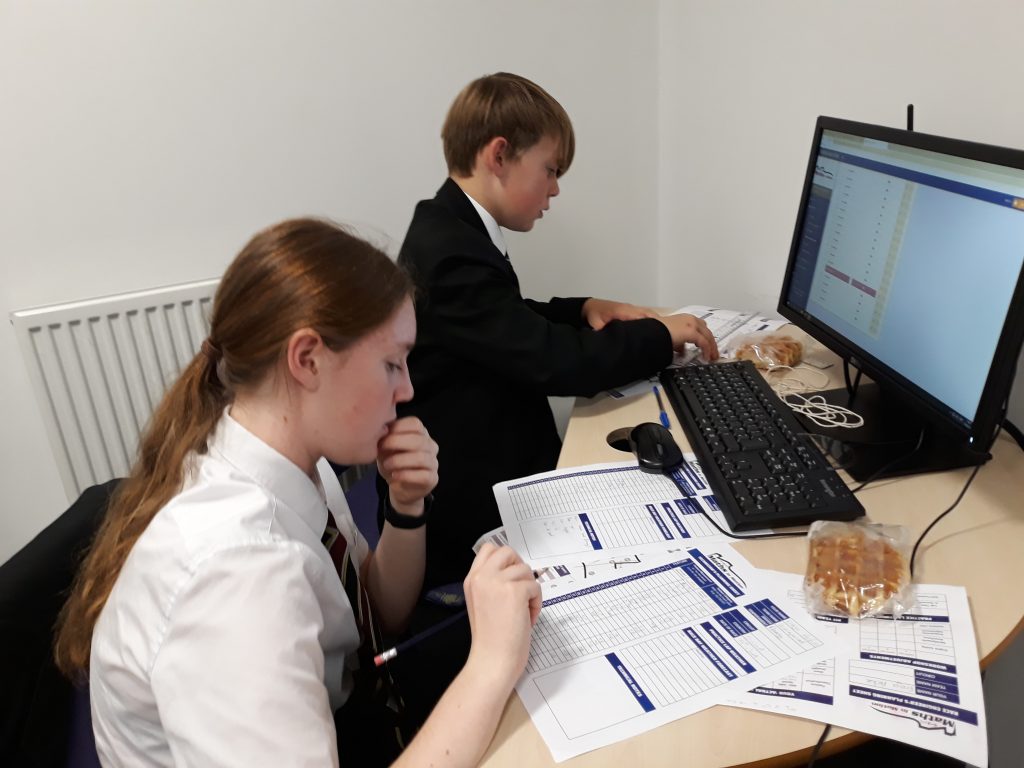 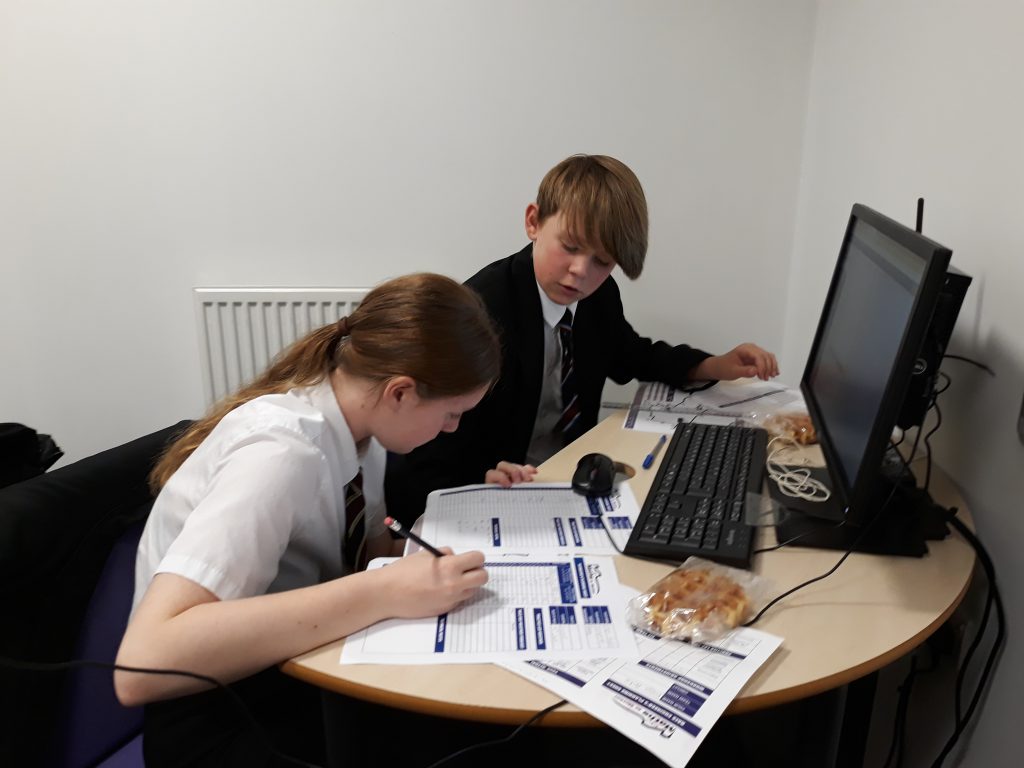 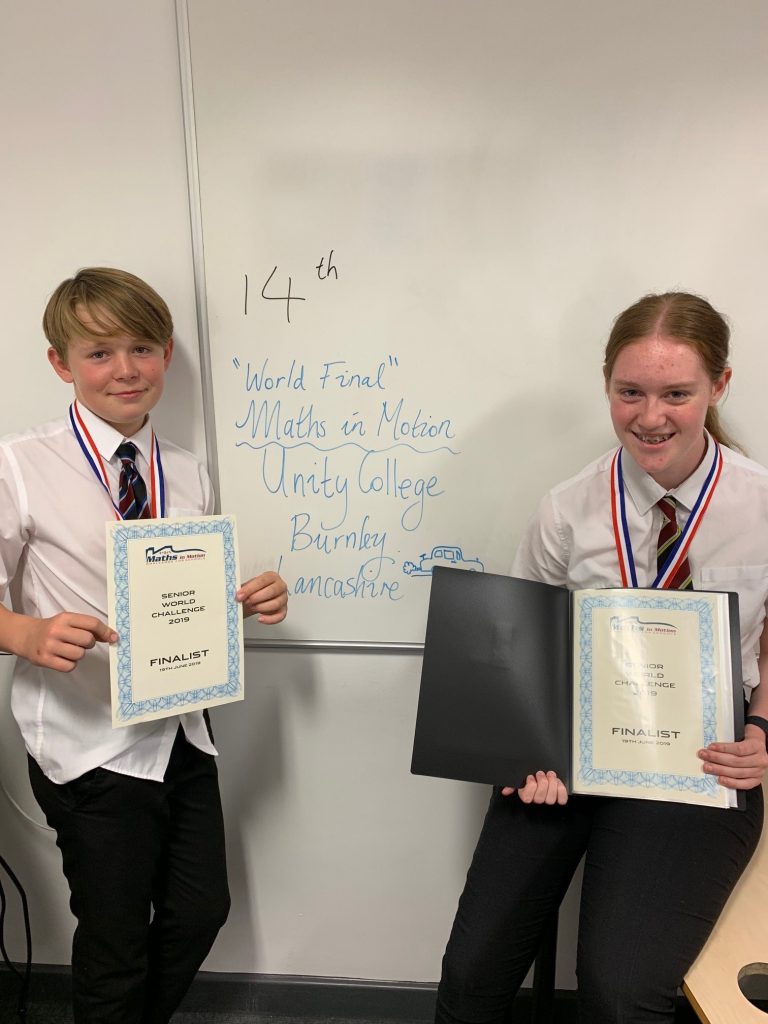