November 28, 2018 by Lewis Slater Comments Off on U16 Rugby Lancashire Bowl Quarter Final
The U16 rugby squad travelled to QEGS for their Lancashire Bowl quarter final. Unity raced ahead into an early lead, with tries from Logan Murray, Kaie Jolly, Jaden-Haworth Franklin, Charlie Ball and Roshane Hemmings. Roshane was also able to add a conversion to take the score to 29-0.
Not to be outdone, QEGS responded with four converted tries of their own to leave the score at 29-28 in Unity’s favour. After a tense second half, late tries from Josh Waddington and Charlie Ball, along with a conversation apiece from Adam Broxton and Roshane Hemmings, saw the game finish 41-28 to Unity College.
The game was played in great spirits and Unity were congratulated on their resilience and sportsmanship. They will face St Augustine’s next week for a place in the final. 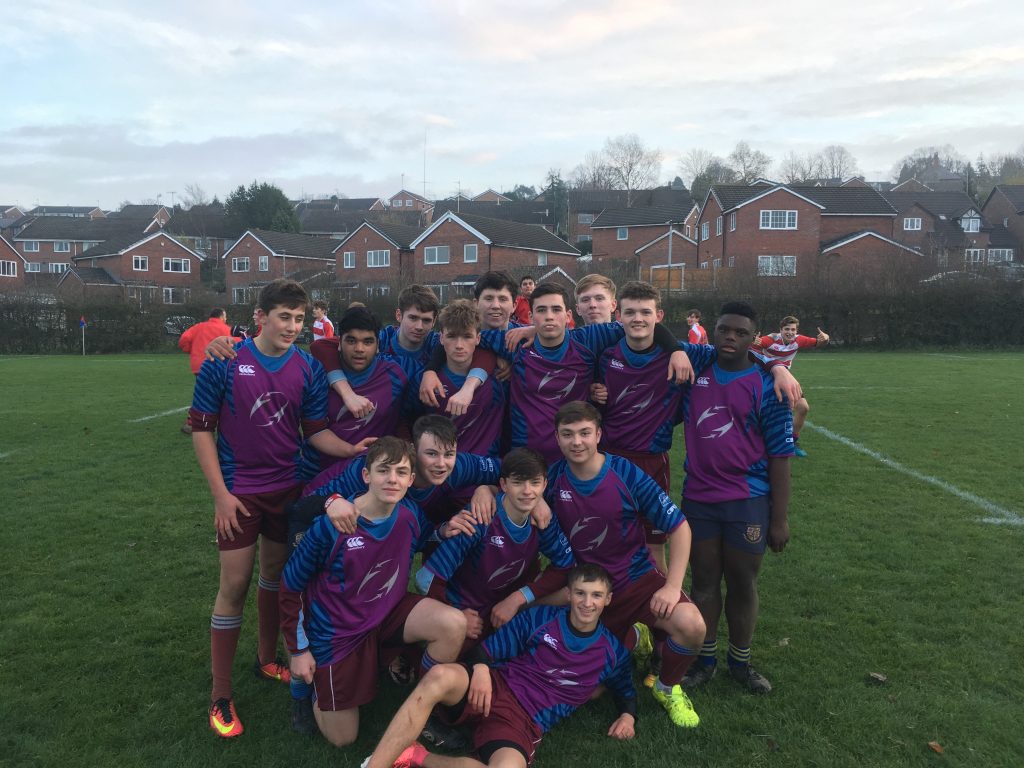