The Year 9 Cup Final was contested between Unity and Blessed Trinity on Thursday 2nd May at Thomas Whitham Sixth Form. Both teams know each other well as they make up the majority of the squad from the Burnley U14 town team. Both managers knew the game would be extremely tight based on previous contests between the two sides.

The match was a very tense affair with both teams having a lot of possession and creating a number of goal scoring opportunities in each half. Blessed Trinity took a 1-0 lead after a defensive mix up between the Unity defense and goalkeeper. Aaron Hughes made a number of excellent saves throughout the game to prevent Blessed Trinity extending their lead. Owen Devonport equalised with a superb effort from outside the box which swerved and dipped in under the cross bar. As the game progressed Blessed Trinity once again took the lead, making it 2-1.

From this point onward’s Unity seemed to grow in confidence and started to pass the ball well. A tactical change from manager Mr Boardman with more attacking emphasis,, definitely provided a spark with more support for lone striker Jason Tattersall. As the game drew on it looked like Unity were heading for their first defeat against Blessed Trinity in 3 years. This was until Jason Tattersall produced a wonderful cross with his weaker left foot, right onto the head of Owen Devonport who finished in style. This goal meant the game went to extra time as it did against Blessed Trinity two years ago in the Year 7 cup final.

Two halves of 10 minutes in extra time produced no goals which meant the game went to penalties. Unity’s first four penalty taker all scored under huge pressure. Blessed Trinity’s 5th penalty approached the ball with confidence and struck the ball low to goalkeeper Aaron Hughes left hand side, but he produced an excellent save. This meant that Nathan Porter had the chance to win the cup for Unity. He stepped up and struck the ball hard, Blessed Trinity’s goal keeper unable to save the ball which meant Unity retained the cup for the third successive year. 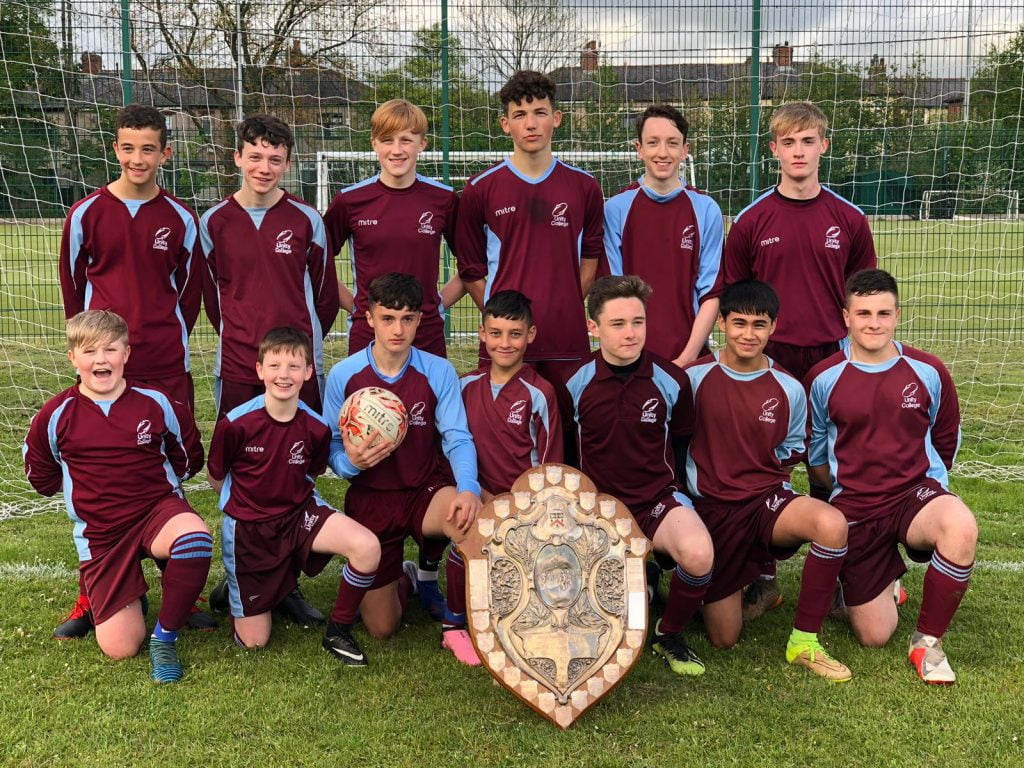 This is a huge achievement. Well done boys.