February 28, 2019 by Lewis Slater Comments Off on UNDER 13’S GIRLS CRICKET FINALS
After winning the Burnley district indoor cricket competition, the under 13 girls travelled to face the winners from other Lancashire districts.
After a narrow defeat to St Wilfred’s (Blackburn), Unity’s second game against Clitheroe Royal Grammar School (Ribble Valley) saw Eve Waters and Olivia Ainsworth-McCoskery demonstrate excellent batting. Solid fielding from Poppy O’Brien and Holly Lockyer meant that Unity emerged victorious.
In their final group game, a quick brace of caught and bowled wickets from Maddison Larnach and faultless wicket keeping from Keira Grennan saw off the challenge from Mount Carmel (Accrington) and cemented Unity’s place in the play-offs.
Facing Broughton high school (Preston), Unity fielded first and were set a solid score by the opposition, kept low by quick bowling from Jayde Williams-Bennet. After a quick start to the scoring by Abby Lawless and Eve Waters, some outstanding Broughton bowling meant that, despite a good partnership from Olivia Ainsworth-McCoskery and Chloe Hacking, Unity were unable to reach the target set for them.
The girls finished the day with smiles on their faces and the knowledge that they had done themselves and Unity proud. They will look to build on this performance in the coming years. 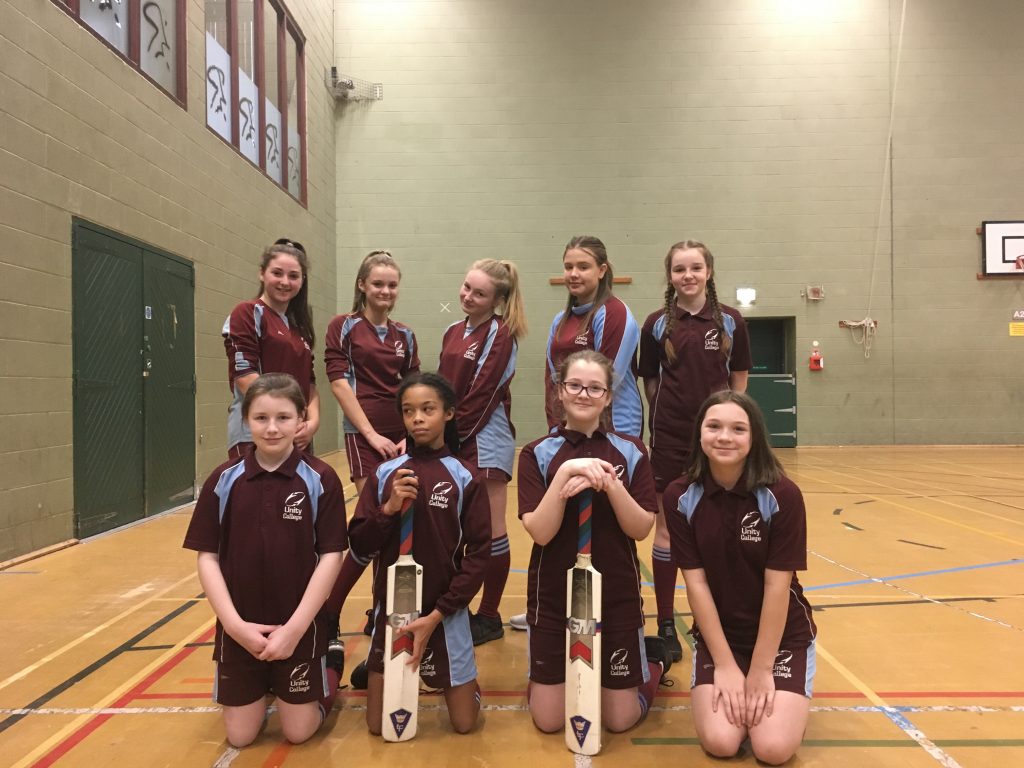