January 18, 2022 by Alison Whitlock Comments Off on Y7 Football Team Success (and again)

The game was so tense, few goal scoring opportunities arose for both teams. Holy Family nearly stole the victory but thanks to a sliding challenge from Joe Hodgkinson to prevent the ball crossing the goal line, meant the game went to extra time. Unity had the best chance of the game when Morgan Shapland went clean through on goal with 2 minutes of extra time remaining and with only the goalkeeper to beat, put the shot wide.

This meant the game went to penalties. After 5 penalties per team the score was 3-3, and on the 8th penalty our goalkeeper Ronnie Greenwood made a superb diving save to his bottom left-hand corner. With only two players left to take penalties for Unity and one of them injured, Ronnie had to take the penalty. He struck the penalty low and hard to their keepers left, and the ball nestled in the bottom corner sending us through to the last 16 teams in the country.

I was so proud of the lads; the pressure was immense. There were tears from players on both sides, but I was really proud of their attitude, Unity and passion. 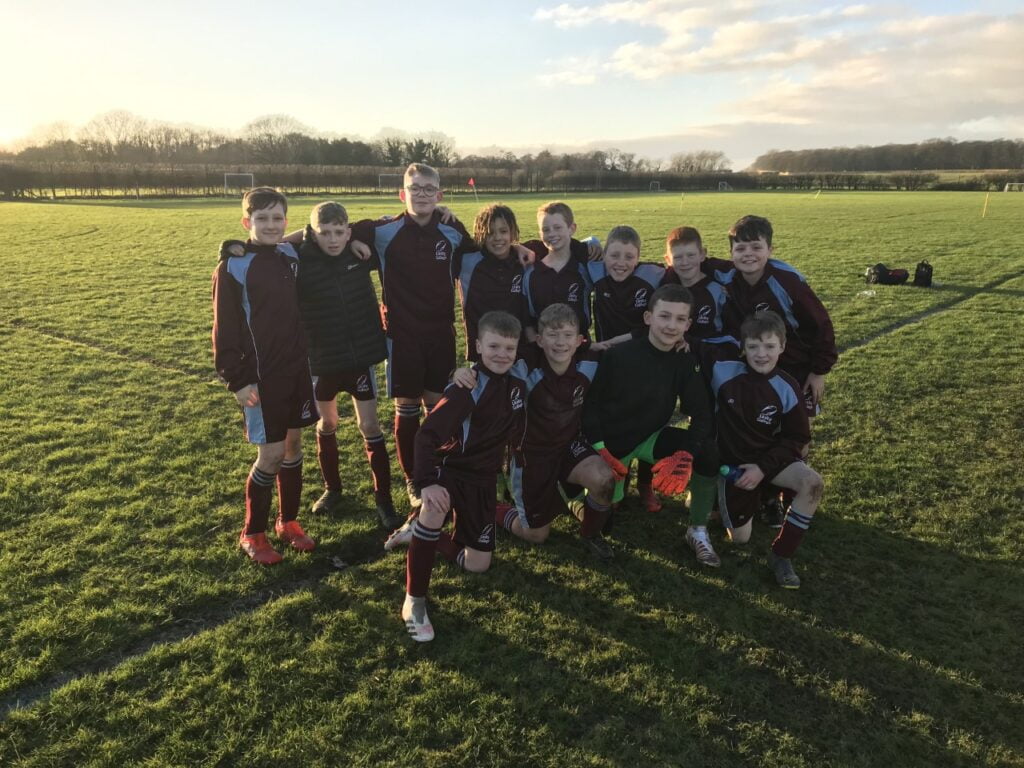