SEMI FINAL SPOT FOR U15 RUGBY

December 2, 2019 by Lewis Slater Comments Off on SEMI FINAL SPOT FOR U15 RUGBY

The U15 Lancashire Bowl quarter final saw Unity College face off against St Margeret’s Academy. The visiting Liverpool team had won the previous two meetings between the schools, with Unity needing to be at their best in order to compete.

Unity started strongly, with Daniel Maymond scoring in the corner after some early pressure, before adding a second between the posts shortly after. From here, Unity grew in confidence and through good supporting runs saw Matas Zalieckas add a try of his own.

The game continued to be a hard fought battle in the middle of the pitch, with Unity edging out the opposition at rucks, scrums and lineouts. Just before half time Daniel Maymond chased down an excellent kick from Ben Uttley to score his third of the match.

After the break, Unity started as they finished, adding a try from a driving run by Louie Murgatroyd after a penalty. Tom Wooller was then rewarded for his work rate in the match with a try of his own.

With Ben Uttley adding three conversions throughout the game, the final score was 36-0 to Unity. Despite fierce competition and hard tackling, both teams came together at the end to show sportsmanship and congratulations.

The boys now travel to Carnforth in the new year, aiming to secure a place in the final. Thanks must go to Simon Finnan and Burnley Rugby Club for their continued development of a number of these players outside of school. 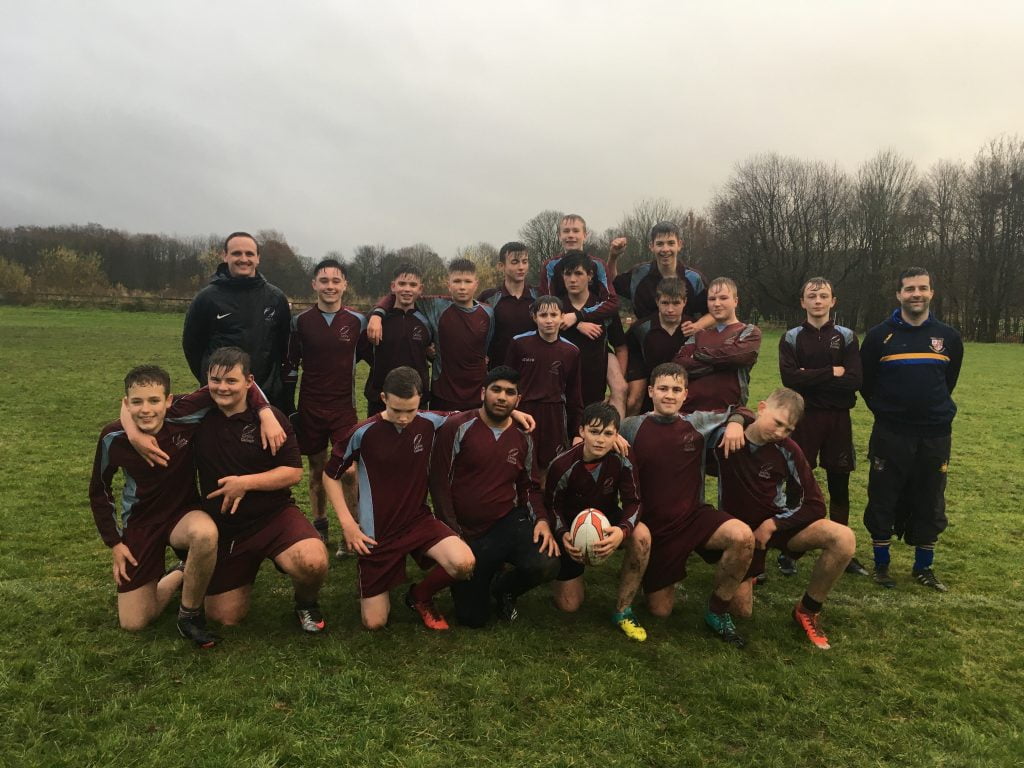