February 5, 2020 by Lewis Slater Comments Off on U13 Boys’ Lancashire Bowl

The Under 13 boys’ rugby team took part in the Lancashire School’s Bowl competition last week, in testing weather conditions at Preston Grasshoppers RUFC. Due to several players unavailable the squad was made up of seven year 8’s and eight year 7’s, competing against teams of predominantly year 8 students.

The team’s first game was a loss to eventual competition winners Priestnall, whilst the boys battled well they were outdone by good running and some excellent cross field kicks. The team also had a narrow 2-1 loss to St Hilda’s before battling out a 1-1 draw in their third game against Up Holland. As the afternoon went on they developed a better understanding as a team and were able to win their final group game 2-1 against St Augustine’s.

After finishing third in their group of five, the boys played their final game as the rain began to come down even heavier. With the weather worsening the game was ended at 2-2, giving Unity a joint 5th place finish overall in the competition. The highlight of the match was the sportsmanship of Jacob Fleming to break through the opposition defence individually before setting up a team mate for his first try of the day.

Year 7’s and 8’s continue to train together on a Thursday after school, with both sets of players really coming on over the last few months. Unity College is hoping to build on these year groups, along with Burnley Rugby Club, in order to give opportunities to more students and engage even more in rugby. 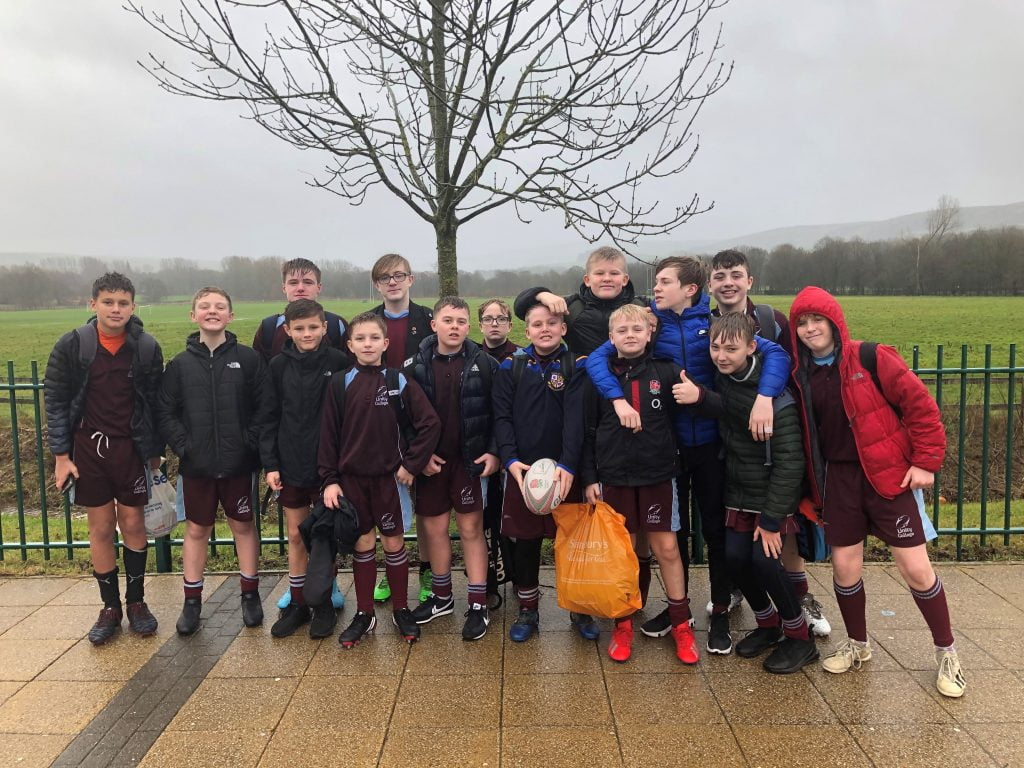