After only two practice sessions, the year 7 boys’ rugby team travelled to Blackburn Central High School to take on the host school and St Augustine’s in their first “RUFFS” Tournament of the year. The team started slowly against a strong St Augustine’s team but after some fantastic individual running came out as 4-2 winners. They then took on Blackburn Central, demonstrating a great ability to turn the ball over and gain possession, leading to a 4-1 win.

Try scorers on the day were Jack Butler-Howarth, Harry Sunter, Jayden Lampard and Euan Fenton-Clough. All players deserved praise for their effort, intensity and sportsmanship- with Bailey Canby in particular demonstrating great sportsmanship to check on an injured opposition player after a tackle. A squad of 14 travelled to the fixture, with several more due to be rotated into the squad for the next game. This shows the strength in depth of Unity’s newest year group, with a potential to go far in rugby! 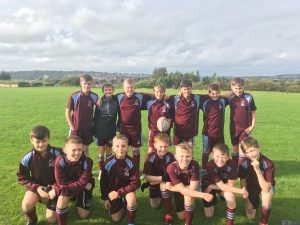